How NGS Printing is leading by example towards a cleaner planet

Over the years, protecting the environment has proven to be a top priority for most Americans. Numerous polls indicate as much, including one done by Gallup, which found that more than 70 percent of respondents favored focusing on the development of alternative energy – such as wind, solar and hydroelectric – over fossil fuels.

It’s pretty important to us here at NGS Printing as well. But we not only state it, we show it – increasingly utilizing and harnessing the sun’s natural energy to power our printing equipment.

NGS Printing’s prioritization on alternative energy is decades in the making, but it really kicked into high gear in 2014, after installing one of the largest photovoltaic solar arrays (PV) in all of Illinois. The 189-kilowatt-hour array is capable of generating roughly 221,000 kW of solar energy in a given year. That translates to more than 225 tons of carbon dioxide that would have been produced through conventional electricity development measures such as oil, coal and gas. 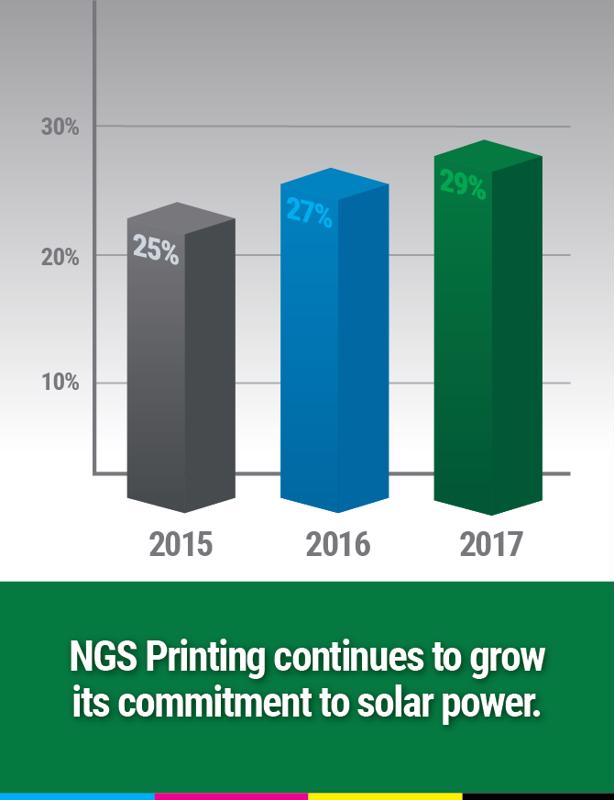 NGS Printing can proudly confirm our reliance on solar energy has steadily risen since installing solar panels. For example, in 2017 – the most recent year in which data is available – solar was responsible for 29 percent of the energy we used. That’s up from 27 percent in 2016 and 25 percent the previous year.

Utilizing the sun’s natural radiant energy not only makes sense for the environment, it’s something that much of the U.S. population hopes to see more often. Indeed, in a 2016 poll conducted by the Pew Research Center, a whopping 89 percent of surveyed participants strongly supported expanding solar power and usage. This compared to 83 percent who wanted to see more of a focus on wind turbines and just 45 percent who desired to expand offshore drilling.

Perhaps not surprisingly – given the sun shines so often there – California is the runaway leader in solar power generation, according to to the most recent estimates from the U.S. Energy Information Administration. The Golden State is followed by several other predominantly warm-weather states, including Arizona and Hawaii. While solar arrays are very effective in sunny states, installations are still effective in states like Illinois (where NGS Printing is located) also.

What’s especially encouraging is the U.S. as a whole is increasingly becoming a renewable energy producer compared to other countries. Based on data from International Energy Agency, the United States is the second-largest market for solar PV in terms of growth, trailing only China, which is expected to hold approximately 40 percent of global installed PV capacity by 2023.

Fatih Birol, executive director at the IEA, said he’s confident that alternative energy development will continue to make noticeable – and notable – gains over time across the globe. Solar PV capacity, in particular, is forecast to expand by some 600 kW over the next five years. That’s more than all the other technological sources and equipment that harness alternative energy combined.

How else is NGS Printing advancing the green movement?

Solar panel usage isn’t the only way NGS Printing aims to be more green-centric. We also recycle the heat produced by our print production equipment and recirculate it to keep our building warm during those bone-chilling cold spells Illinois residents know all too well. During the dog days of summer, NGS Printing is able to reroute the heat our equipment gives off outdoors instead. 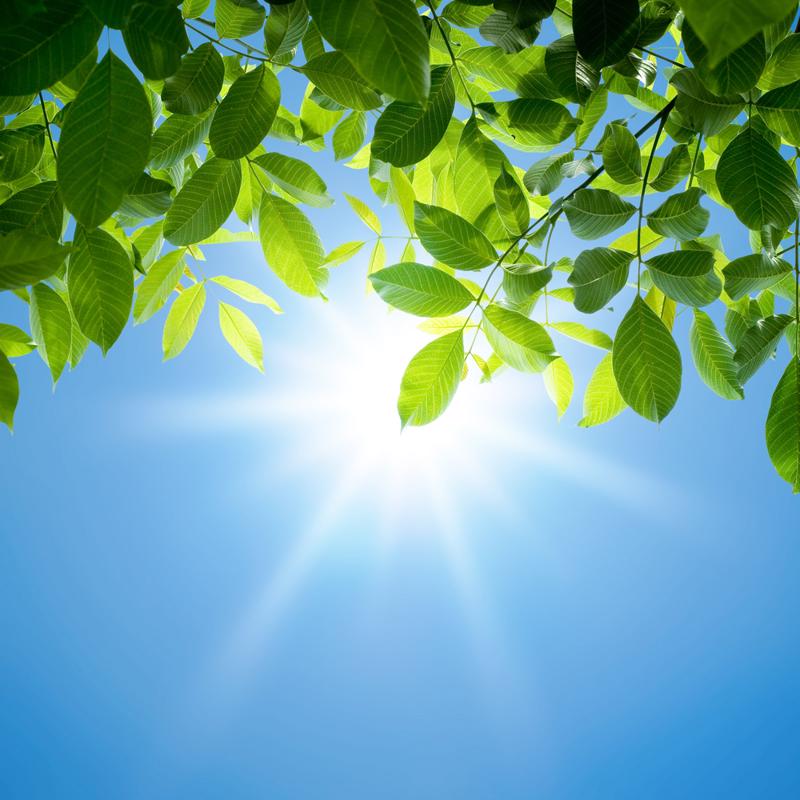 To further conserve resources, NGS Printing has installed energy-efficient lighting throughout the office, production floor and building exterior. Occupancy and photocell sensors are utilized to automate the use of the lights so that they are only in use when needed. In addition, NGS installed motion-sensing overhead doors to help regulate our heating and cooling demands in our shipping dock and conserve energy.

NGS Printing also maintains an expansive recycling program where all printed and unprinted scraps, sheets and parts of polystyrene, acrylic, polycarbonate, PETG, expanded PVC, cardstock, cardboard, and foam boards are recycled, re-purposed, or disposed of responsibly without going into the local landfill.

Additionally, we also make use of ultraviolet inks throughout our printing process when developing signage for our customers. Not only is UV ink great to use from a practical standpoint – it naturally has a low carbon footprint compared to solvent-based ink systems, which emit harmful VOCs, or volatile organic compounds.

Finally, NGS has been upgrading its printing and finishing equipment to machines like the Inca Onset X, Fuji Acuity F and Zund D3 that are much more energy-efficient than their predecessors. As NGS Printing integrates more automation, efficiencies and building upgrades in the future, we expect our solar panels to contribute a greater portion of our energy consumed in the years to come.

Whatever your next job entails – from channel strips, aisle markers to styrene signs – you can count on NGS Printing to get the job done in an environmentally responsible way. That’s our commitment to you our customer and to the planet that we all share. Contact us today to request a quote.